It was on a trip through Vietnam that Cemal Ezel decided to quit his job in the city and start Change Please – a coffee chain that fights homelessness.

“I met an American who asked what I did,” he says, “I told them about working in the city, not being that happy with it all. They told me about the rocking chair test – think about yourself in a rocking chair at the age of 90, what you did, who you helped and how you’ve made the world a better place. I realised what I was doing was all negative, that I was only looking out for myself.”

After meeting the American he visited a silent teahouse, run by deaf and mute ladies. It was a beautiful, peaceful space where the only sound was the running water of the Japanese garden.

“I realised that you could run a business and do good at the same time,” he explains, “When I came back I was set on starting a silent teahouse in Clapham – but then I realised that I didn’t really like tea.”

"We had one guy, he lost his business, was depressed and ended up on the streets for two years. He came on our training programme, eventually becoming a mentor barista and then our sales director." Cemal Ezel, founder of Change Please

Keep your coins, I want change

Cemal decided to reassess. He wanted to create a business that created social change, but realised that he needed to create his own model.

“Coffee is more commercial, and I like coffee,” he says, “I also owned properties and I realised that I could do something to help homelessness. Housing was an easy thing that I could provide, and coffee could let me also give them a job.”

Cemal saw an advert for the School for Social Entrepreneurs and with their help was able to quit his job and start on the journey to create Change Please.

Change Please helps homeless people by training them to become baristas. They receive 12 weeks of training alongside a mentor, learning everything from crafting the perfect cappuccino to how to cash up. During the course they’re paid the London living wage, provided with a place to stay and even helped to set up a bank account.

“We had one guy,” says Cemal, “He used to run a consulting business. He was in his late 40s, early 50s when he went through a divorce. He lost his business, was depressed and ended up on the streets for two years. He read about our work in the Guardian – he came on our training programme, eventually becoming a mentor barista and then our sales director. He’s since moved on, but we helped him to get back on his feet.” 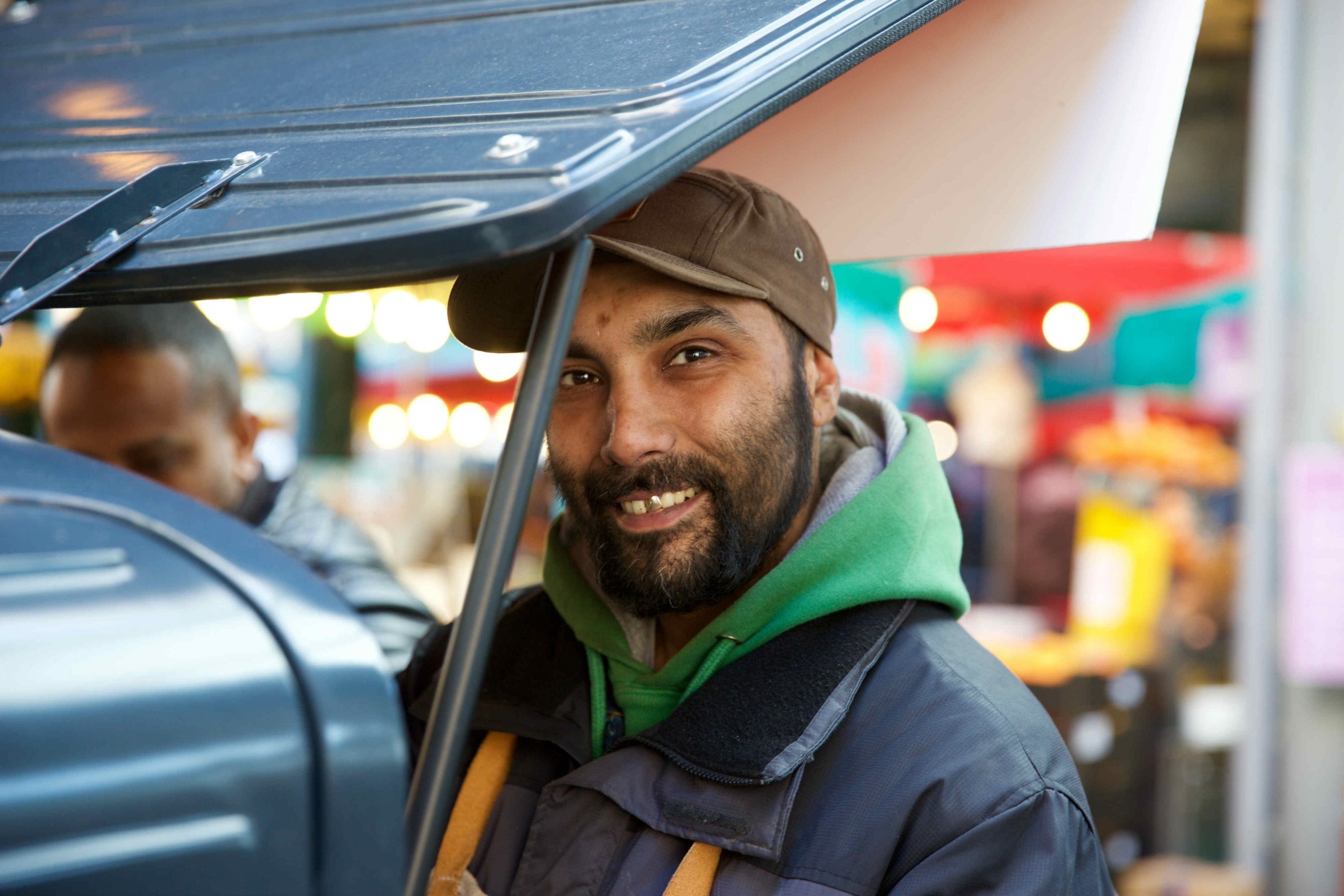 Since setting up in 2013 Change Please has managed to grow sustainably – supported by two main income streams. The trainee baristas operate pop-up stalls across London, bringing in a profit from selling coffee.

Cemal is also increasingly doing more work with corporates, both setting up stalls in big offices and selling into supermarkets.

While he was growing he got support from UnLtd’s Big Venture Challenge programme, helping him to take an established social venture to scale.

“The BVC programme was fantastic. We received a huge amount of help from advisors to grow our business. We were able to meet and learn from different corporates and social entrepreneurs. It’s been really essential in helping us to direct growth and strategy.”

But despite UnLtd’s support, growing hasn’t always been easy, “You’ve got challenges similar to any small business – your commercial model has to be strong, you’ve got to build your brand – but as a social business you’ve also got the challenges of working with vulnerable people.”

To tackle the commercial challenges selling to big business has been essential. It’s helped to build a broader stream of income, as well as sharpen the Change Please brand, “You really have to be competitive, you’re competing against other non-social businesses. Your story can help you to stand out in a crowded marketplace, but you’ve still got to be reliable and deliver at a set scale.”

Tackling the challenges of growing the social impact has meant working more with charities, organisations that have expert knowledge.

Cemal learnt that it was best to be targeted in who they helped to create the most impact – Change Please is currently partnering with Centrepoint to support 18 to 25 year olds. The aim is to make a difference to people’s lives at an early stage, before things can get worse.

“When you first start a business you’re always asking yourself: why has no-one else done this?” says Cemal, “This is the most dangerous part for new entrepreneurs. You’ve got to trust your conviction and gut.”

Cemal has come a long way since deciding to quit his job and start something social in 2013. Alongside Change Please he runs three other social ventures, including Old Spike Roastery and two restaurants.

“Going from those initial fears to the reality of creating the idea and seeing it working was fantastic,” he explains, “For me it was seeing people who were on the streets two weeks ago being paid to be trained, getting the keys to a house, entering a pin into an ATM. It goes from being an idea in your head, to a thing you can feel in your heart.”

I joined UnLtd in 2016 after previously working in China and for a UK government backed scheme to help people start their own business. I’m focussed on spreading the achievements of social entrepreneurs and sharing UnLtd’s stories. I want to see pragmatic responses to challenges facing society.

Meet the social entrepreneurs we support

How an IT fault led to an art exhibition, and a growing social venture

Recent research on the health and wellbeing of young people in...

It was a busy month for UnLtd as Ministers from the Department...

We host a series of events throughout the UK each year. From classes and conferences, seminars and workshops to networking events and training sessions.

Looking for financial guidance? Want to sharpen your marketing skills? Access our range of guides in the learning area..

To provide you with the best browsing experience, this site uses cookies. By continuing to use the site you are agreeing to our use of cookies.