The Hackney mum empowering women to re-join the workforce

Fatou Gassama is on a one-woman mission to help mothers get back into work. With two-thirds of women unable to return to work full-time after maternity leave and one in five feeling forced to leave their position altogether, according to HR training provider DPG, Fatou is determined to encourage long-term unemployed mothers to return to their careers or start their own business.

Fatou knows only too well the challenges women can face in the workforce as soon as they become pregnant. She was made redundant from her Head of Reception role at a Michelin-starred restaurant when she announced she was pregnant with her first child eight years ago. “I was told that my position was not needed anymore,” she recalls. Fatou took on her employers and kickstarted legal action leading to the company to swiftly admit they were wrong and settling the case outside of court. 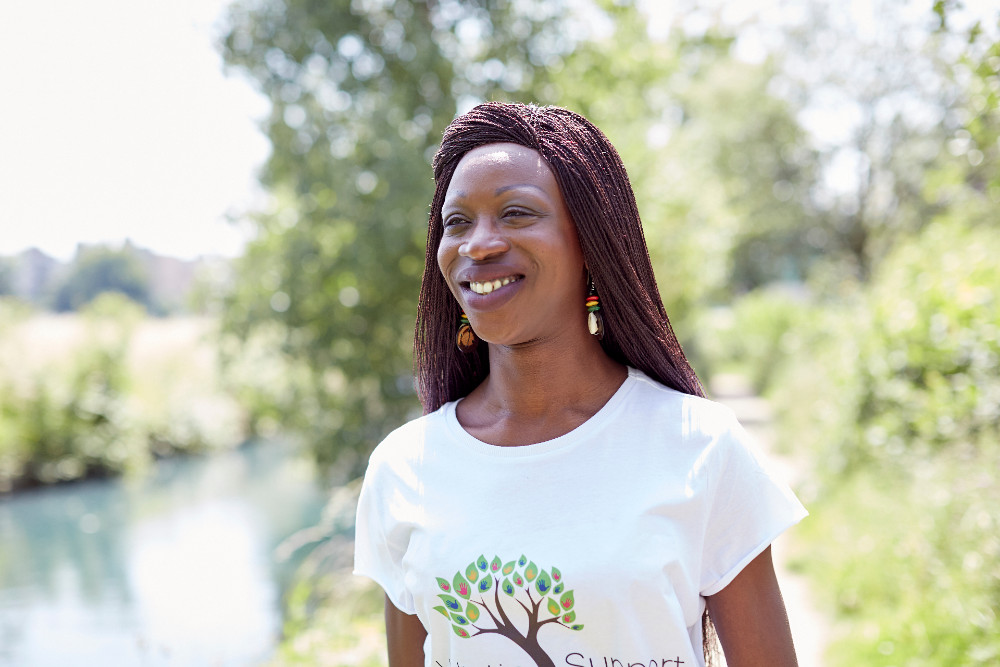 The experience, however, took her life in a different direction, leading her to change careers and study NVQ qualifications in the careers sector. It was a year later, when working as a self-employed advisor at the National Careers Service, that her lightbulb moment struck. “I noticed that mums felt it wasn't easy to get back into work,” she says. “And I couldn't understand the fact that mothers were being pushed to get any job, any career that wasn't good for them. I believe we should be finding jobs that suit and are appropriate for people.”

The frustration led to Holistic Support, an enterprise designed to help women get back into work or start a business that makes them fulfilled. Started in 2016, the four-hour workshops run over a six-week period and involve building self-esteem and practical steps to help mothers return to the workforce. “If you can build confidence you can help them find what to do in life and earn more money,” says Fatou.

Since she set up the business she has received support and £3,000 from UnLtd as part of the East End Connect programme, a partnership between UnLtd and UBS, the global financial services firm, which provides support social entrepreneurs in Hackney and Barking and Dagenham in East London.

“The key thing about UnLtd has not just been about the money, but the support they provide. They offer an amazing training and you are able to get a coach. I work by myself and it can get overwhelming workwise. But it's so much easier when you have a coach who can support you; it's priceless. It's good to have someone to support you all those things to help grow the business.”

She’s so far held six workshops, with up to ten mothers signed up to each programme. Attendees are generally from low-income families across a range of nationalities in Hackney and Islington. 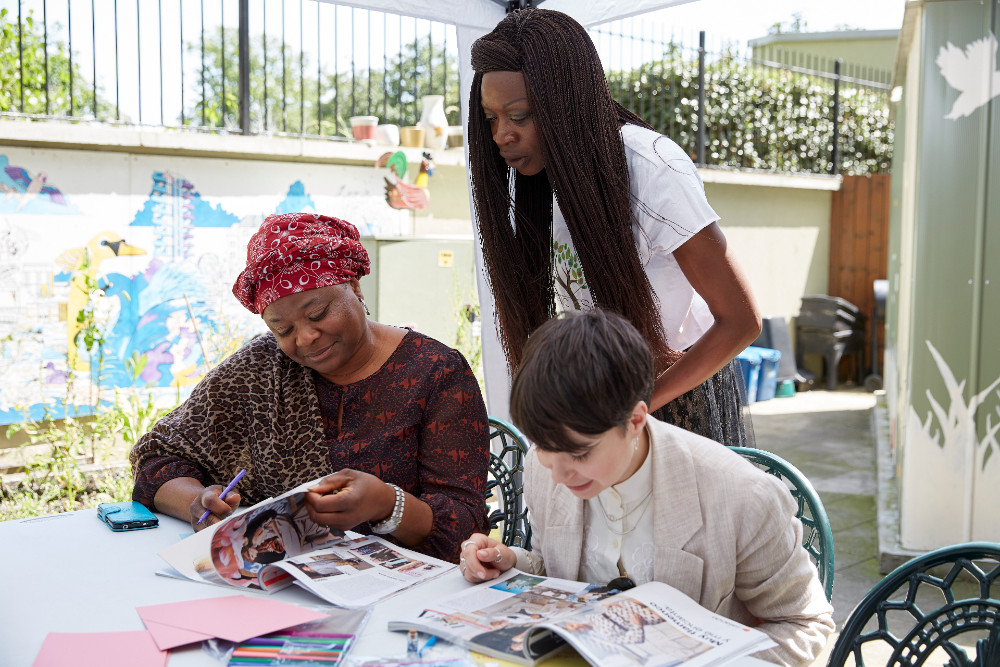 One such participant is Hackney-based Rebecca Stapleton, who cites the sessions as being instrumental in her setting up her business, The Organised Lady. “At the time I was a mother of three young children and was on benefits as I'd been out of work for a while. I didn't really want to be there, but after the second session, which was about realising your potential and seeing what you're good at, I realised it was different [to other workshops]. I didn't have a clue what I wanted to do, but the course made me think about what I'm good at and helped me decide to set up a business as a professional organiser.”

One of the key ways she ensures higher take-up, is offering free childcare. “Childcare can be very expensive for mums so we hire a childminder and another room next to where we deliver the workshop and set up a creche,” says Fatou, who lives in Dalston. “Some mums have never left their children on their own, so it's the first time, so it's important they're near their child.”

Interestingly she has also started a pilot workshop this year helping men return to the workforce. Why help men too? “I always wanted to originally empower mothers but it's also about the children. There aren't a lot of men groups, especially in the black community, and they don't have much support and it's difficult for them too. I believe if you empower the dads too, you empower the children.”

Despite the strong support from her community, Fatou faces plenty of challenges, especially the financial burden of setting up and running a business as a single mother of one.

“I'm not getting paid as I rely on funding applications. At the same time, I am passionate and grateful for it and it's something I love and can build it up over time.”

This struggle is not uncommon for UnLtd’s Do It award winners, which help people go from testing phase, and into development to prove the model works. The transition can often be a challenge, as Fatou’s Award Manager, Nemo Shaw, says,

“It’s great to see Fatou testing and proving her social impact and it will be exciting to see how she can begin to sustain this venture by reaching new markets, such as corporates, borough councils and other agencies that support people into employment. This will definitely a challenge, but she has done the groundwork and has the entrepreneurial spirit to give this a real go. This is what our Do It Awards are all about.” 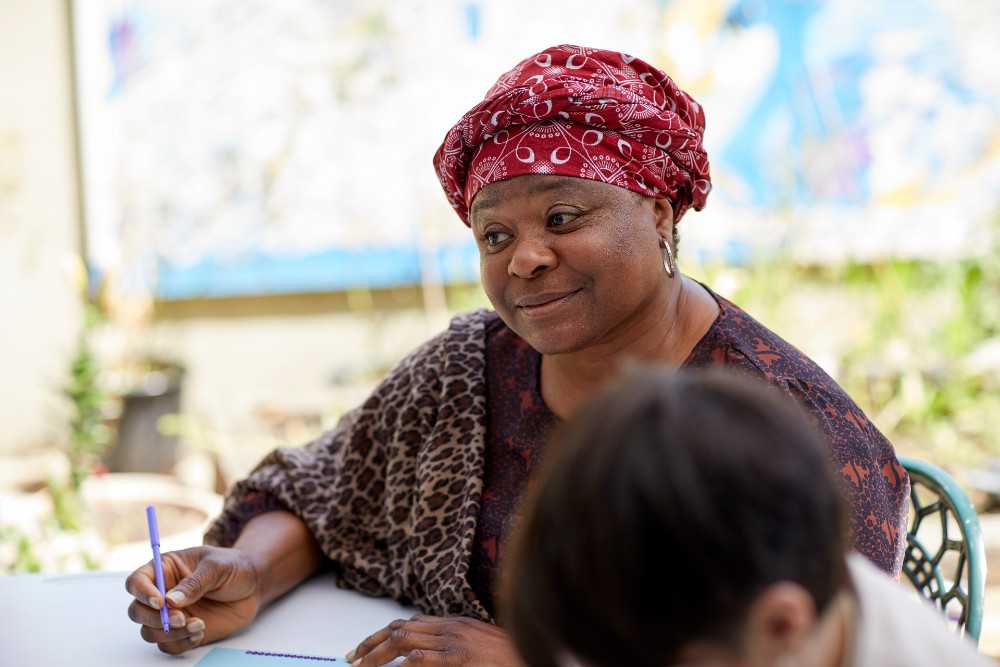 Looking ahead, she has lofty ambitions for the future including helping mums secure work placements, and starting to target corporates to provide the training to current staff members.

“I want to get to the point where I go to companies and organise workshops aimed at empowering mums and to be able to bring revenue in that way, and then start recruiting people.”

Looking back over the past four years, Fatou says she's proud of her social enterprise and the opportunities it's created. “It's so nice when you see a mum who doesn't have any confidence and then see them progress. I'm so proud of them.”

To provide you with the best browsing experience, this site uses cookies. By continuing to use the site you are agreeing to our use of cookies.